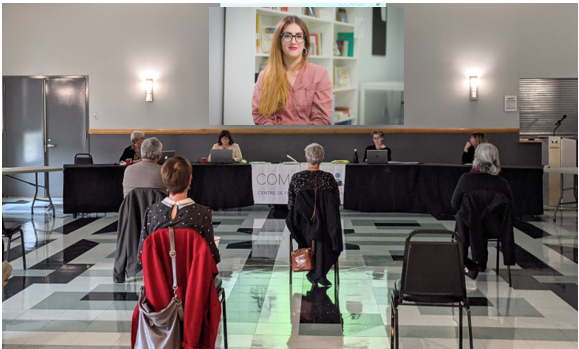 On October 27, at the Omni-Center of Pincourt, COMQUAT launched its new video capsules.

What could be better than showing testimonials of successes experienced by our participants to convince our future students to take up what is often the challenge of their adult life.

On the theme of “A small step towards better literacy”, COMQUAT presents five (5) video capsules.

You can find COMQUAT’s video clips on YouTube, on our website COMQUAT.CA; as well as Csur.tv and MAtv throughout the month of November.

Were present at this event about thirty people including some elected officials of the City of Pincourt; Mayor Yvan Cardinal and Councillor Denise Bergeron. 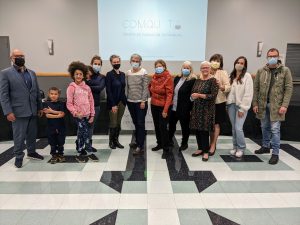 Given this reality and in order to reach a greater number of future learners, COMQUAT has decided to promote its services using attractive, easy-to-access and convincing tools.

COMQUAT would like to thank all the learners, trainers and volunteers who volunteered to participate in the production of these capsules produced by Promédia.

Special Note: We would like to thank our partner at the Monteregie West Community Network (MWCN) for their contribution in translation of English Communications.

Board members French as a second language inscription Learning French